She then continued her artistic studies („Künstlerische Ausbildung”) with Prof. Robert Winn at the „Hochschule für Musik und Tanz“ in Cologne, completing her “artistic instrumental training” studies with distinctionin July 2010 and studying on the Master of Music program from October 2010 untilApril 2014, when she graduated.

Jennifer started playing with orchestras early and gave a solo recital with the „Kreisjugendorchester Südliche Weinstraße“ at the age of ten. From 2000-2006 she played the flute with the „Landessymphonieorchester Rheinland-Pfalz“, with whom she travelled on concert tours to California, China, the Czeck Republic and Poland.

Since 2010 Jennifer has played regularly with the „Neue Philharmonie Westfalen“ and with the „Philharmonie Südwestfalen“. She was also invited to the „Frankfurter Opern- und Museumsorchester“, the „Dortmunder Philharmoniker“ and the „Stuttgarter Kammerorchester“ and played with soloists such as Daniel Hope and Paul Meyer in concert halls including the „Berlin Philharmonic“, „Palau de la Musica“, Barcelona and the „Wiener Musikverein“. 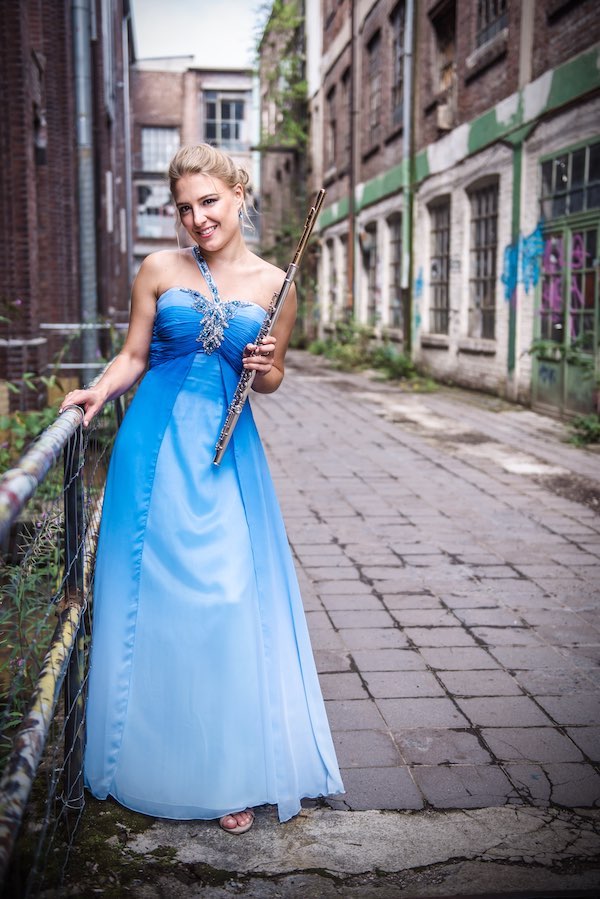 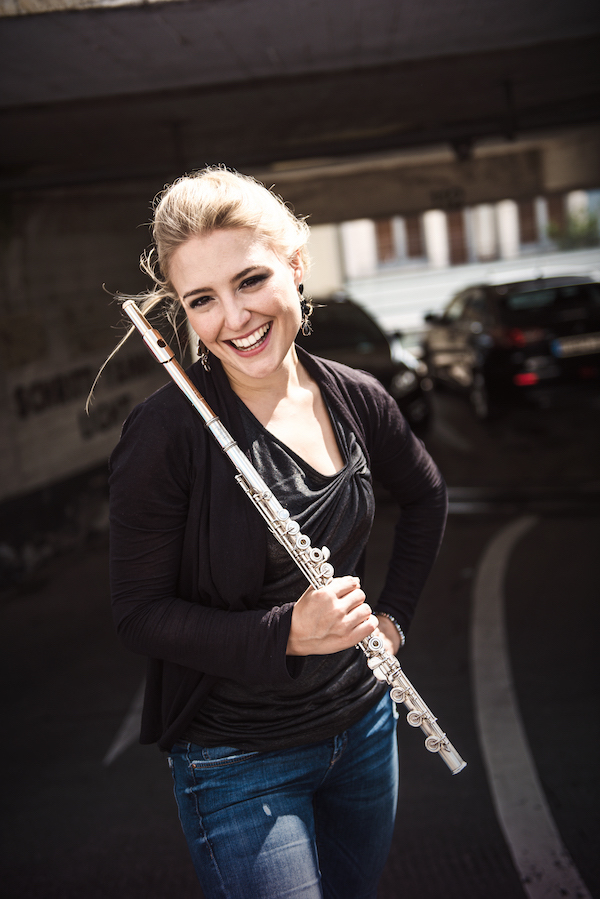 As a soloist Jennifer Seubel delivered a brilliant performance together with the „Oberbergische Symphonie-Orchester“ and the „Collegium Musicum“ in Lwiw, Ukraine.

In 2002 Jennifer Seubel received a scholarship to take part in the workshop of the „Blue Lake Fine Arts Camp“ in Michigan, USA. Since 2003 she has been a scholarship holder at the „Paul und Yvonne Gillet“ foundation for young musicians.

From April 2010 she started playing concerts for the „Yehudi Menuhin LiveMusicNow Köln e.V.“ foundation and from 2012-2014 she was a scholarship holder at the „Werner Richard – Dr. Carl Dörken Stiftung“.

Chamber music plays an important role in Jennifer Seubel’s career. She has founded several ensembles with which she performs regularly, including the flute, cello and piano „Aelius Trio“ since 2018, the flute and guitar „Duo Ventone“ since 2015 and the flute duo „Duo Noble“ since 2010.

Jennifer has been on the teaching faculty at the „Hochschule für Musik und Tanz Köln“ since October 2012 and she has also taught at the „Universität Koblenz“ since October 2018. She is often invited to sit on the audition panels of the „Cusanuswerk“ the „Lions Musikpreis“ and the „Yehudi Menuhin Live Music Now Köln e.V.“ foundation.

Contemporary music has also always played a big part in Jennifer’s musical career and she has participated in the „European Workshop for Contemporary Music“ from the “Deutsche Musikrat” at “Warsaw Autumn” several times, was a member of the “Ensemble 20/21” at the “Hochschule für Musik und Tanz Köln” and has played with “Kollektiv3:6Köln”, which is supported by “Deutschen Musikrat”, “Kunstsiftung NRW” and “Musikfonds e.V.” since 2017. Since December 2019 she has also been a member of the “Érma Ensemble”.